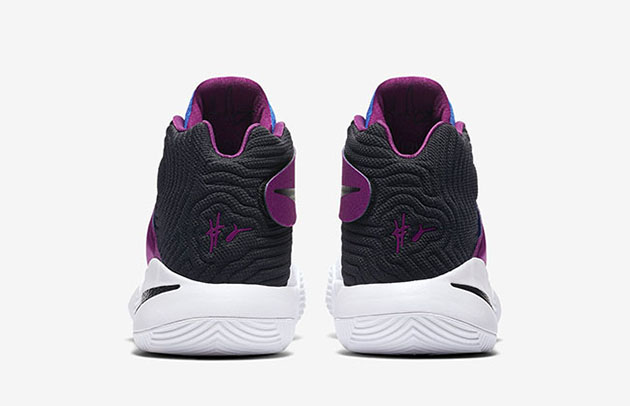 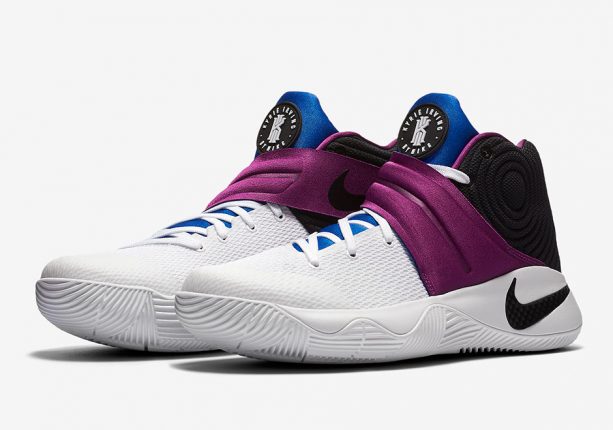 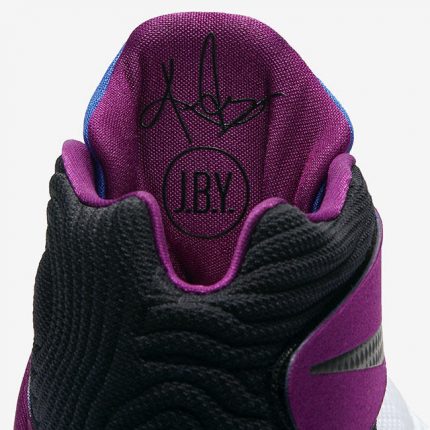 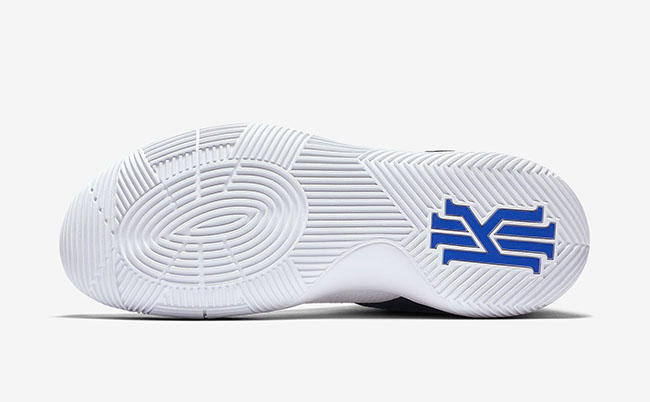 Nicknamed the “Kyrache”, this Huarache-inspired Kyrie 2, gained popularity when it made its début during Kyrie’s NBA match up against the Utah Jazz. The sneaker received quite a number of props from fans all over; which somehow influenced Nike’s decision to drop a couple of them for interested fans to have a feel of what it really is. For ecstatic fans who are already drooling at the possibility of nike dropping these, the goodnews is, it drops pretty soon.

The Nike Kyrie 2 Kyrache features Kyrie’s brand signature silhouette, embroidered in the color scheme directly affiliated with the Nike Air Huarache. The colorway features a “Bold Berry” scheme and even includes a Huarache-like version of Kyrie’s logo on the tongue, which pops up from beneath.

Details regarding its release hasn’t been made known but we are pretty sure it’s lingering around the corner. However, this piece of greatness is here to make a good impression and it’s definitely going to stay. Rumour also suggests that the “Kyrache” will have a price tag of $120.

Keep checking back on our posts and we’ll definitely keep you updated.