After dominating the communications market for more than a decade, Apple may be set to revolutionize the automobile market if rumours are to be believed. Beyond such rumours, Guardian now reports that an Apple electric car might not be a far-fetched dream after all.

Rumours began after Apple’s recent decision to hire Chris Porritt. In addition to working with the likes of Aston Martin and Tesla Motors, Porritt has been a renowned car designer in the industry. As a result, when Apple decided to hire him for their R&D department, based in Germany, a wave of curiosity swamped Industry Professionals.

Looking at his history with the former employers Tesla and Porritt was commendable in his previous job. In fact, he played a major part in all three of Tesla’s Major cars namely the Models 3, S and X. In addition to Porritt, a separate team of engineers has been working in an Apple plant that is located in Germany.

Thus, when you take a look at the composition of the team – it consists of 15-20 members, almost all of them could be classified as progressive thinkers.

When Will the Electric Car hit the street? 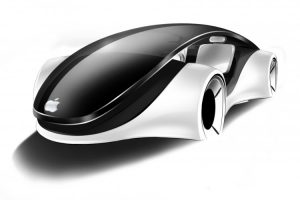 Although Apple has hit a few speed-breakers over the years, the Company still expects that the Apple Electric Car will heat the street in 2019. A further glance at the suggested specifications set the car won’t be self-driven as Apple says it will take some time for them to make a fully automated car.